Every real estate investor, real estate broker and businessperson needs to know about a surprising decision handed down recently by the Ninth Circuit Court of Appeals of California. In First National Mortgage Company v. Federal Realty Investment Trust (9th Cir. 2011) 631 F.3d 1058, the Court affirmed the lower court’s decision, including a $15.9 million damages award, that a signed document—a ground lease agreement with a put and call option to purchase—was binding and enforceable despite four facts that certainly seem to indicate to the contrary: (1) it was entitled “Final Proposal” (emphasis added); (2) it expressly stated that one of the parties was “to prepare a legal agreement for [the other party’s] review to finalize the agreement” (emphasis added); (3) it expressly stated that “The above terms are hereby accepted by the parties subject only to approval of the terms and conditions of a formal agreement” (emphasis added), and; (4) it was missing an “essential” term: the duration of the lease.

Significantly, that “Final Proposal” consisted of only nine sentences, each representing a separate term of the agreement, on one page. Of further significance, it appears that the document was drafted by the parties themselves instead of by their respective lawyers.

A major factor in the Court’s analysis appears to be the fact that the parties omitted a clause that had appeared in prior drafts: that the document was not binding. Note, the parties just omitted language that the document was not binding. They did not, however, go the next step of adding language that expressly stated the document was intended to be binding. In other words, it was just the omission of the prior non-binding language alone that was enough to get the Court comfortable to imply that this “Final Proposal”, that was expressly subject to the preparation, review and approval of the terms and conditions of a formal agreement, which approval never happened, had the same force and effect as a final, binding contract.

This decision provides important lessons not only for every investor but for everybody signing any business contract:

1. It is absolutely essential that if you intend a written document to be non-binding, you must expressly include unambiguous language in the document that says just that. If the defendant in this case had done that, the decision would have gone the other way. Equally important, if you intend the document to be binding, you should include appropriate language to say that, as well. This is a strategic decision that needs to be thought through carefully for each document. Sometimes you want the document to be binding; sometimes you don’t. In our office, we have two separate “standard” forms we use as the starting point for drafting a letter of intent and memorandum of understanding. One contains language that makes it binding; one expressly states it is non-binding.

2. It is a common mistake that parties to a transaction make that they tend to handle the early negotiations on their own, without lawyers. They usually do so because they believe they don’t need the lawyer until the business terms have been finalized or they want to save legal fees or they’re in a hurry or they don’t want to scare off the other side with a lawyer. All too often, however, I see that by the time my client brings me into the transaction, they have already signed off on a document that creates a problem that is too late for me to fix. The above case is a perfect illustration of that and it ended up costing the defendants $15.9 million. Get your lawyer involved as early as possible in the negotiation and certainly before you sign anything.

Our office routinely assists our clients in negotiating letters of intent and memoranda of understanding as a quick, inexpensive step leading up to the final contract. If you need assistance in this area, please do not hesitate to call Jeff Lerman at 415.454.0455, x234 or e-mail him at jeff@lermanlaw.com. If you are a broker, please forward this to your clients. They need this information and will appreciate it.
Posted by Jeff Lerman at 11:59 AM 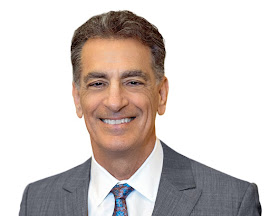 "The Estate Planning Attorney with a Heart" 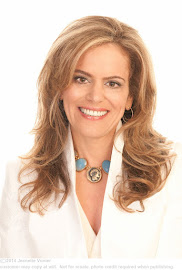 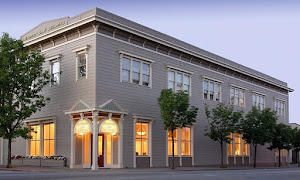